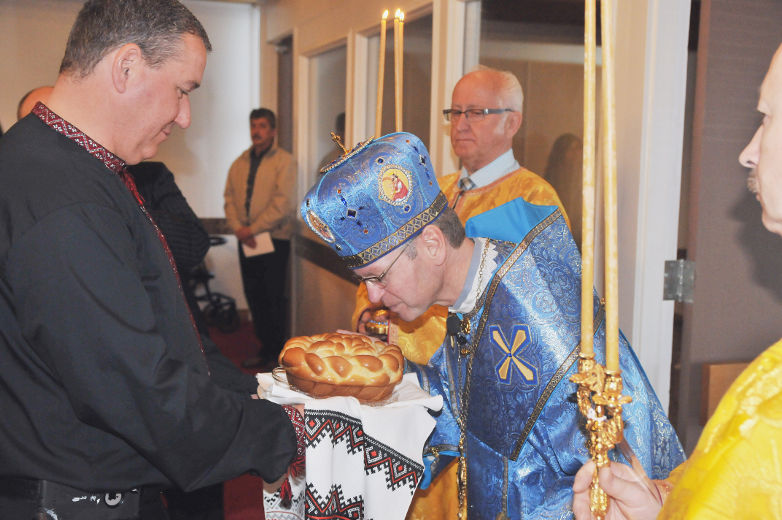 Some Grande Prairie church congregations are growing so much that they no longer fit into their churches.

That was the case two years ago with the Assumption of the Blessed Virgin Mary Parish; the little chapel that had housed the Ukrainian Catholic congregation since 1958 had a capacity for only about 60 people, but it had grown well beyond that (it’s now at about 40 families).

“We weren’t even able to fit everybody in at the same time, so it got to the point where it was quite cramped,” said Father Roman Planchak.

On Sunday the congregation celebrated the grand opening of their new church. Under the new name of the Dormition of the Most Holy Mother of God Parish, the church is located at 10315 114 Ave., across from Peace Wapiti Academy. The building was formerly the McLaurin Baptist Church, but that congregation also had to move to a bigger building.

When the Baptists move out in 2014, the Ukrainian congregation saw the opportunity and took it, Planchak said.

It wasn’t easy to say goodbye to the old church.

“People do tend to become very attached to the church building, of course, because it becomes a meaningful and significant symbol of their faith.”

The congregation’s growth has been driven by a few different factors, including the arrival of families with children, Planchak said. Many of the parishioners are second, third and fourth generation Canadians of Ukrainian descent, some of whom have moved to Grande Prairie from elsewhere in the province. There has also been a bit of immigration from Ukraine over the last 10 years, he added. On top of that, Planchak said the church has also attracted non-Ukrainian “Canadians who are looking for something a little bit more traditional.”

Although the Ukrainian Catholic Church is still connected to the Roman Catholic church, it didn’t follow the changes that the Western church made in the 1960s with the Second Vatican Council, Planchak said. Those changes, which led to the modernization of the traditional mass, alienated some traditional Catholics.

In contrast, for Ukrainian Catholics Vatican II “was a call to renew ourselves in our ancient tradition,” Planchak said.

This also makes it attractive to some non-Ukrainian immigrants, he added.

“There are Middle Eastern (and) African Christians who have moved here and find our tradition more comfortable and more similar to what they had back home.”

Services are mostly in English, but also involve some Ukrainian. Everything in the service is sung, led by a choir, and participation is encouraged.

“The only instrument that we use in our services is the one that is God-given; the voice,” Planchak said.

“The music is traditional sung-and-chanted melodies and pieces.”

Renovations were made to the church to bring it more in line with the Ukrainian Orthodox style, he said.

The church is also starting a preschool-Little Ark Academy Preschool, which they hope to open to the public in September. 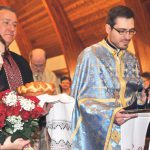 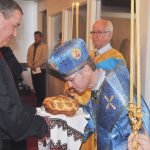