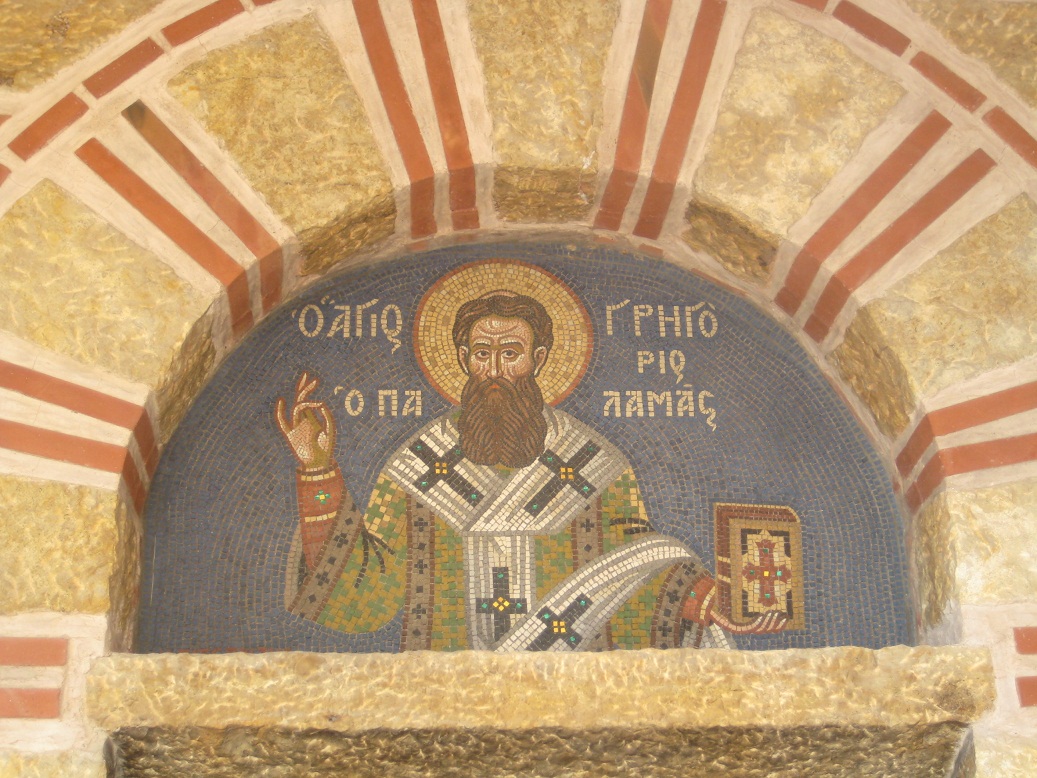 WHAT DO FASTS, METANIES, PROSTRATIONS, and standing through long church services have to do with prayer? Isn’t prayer the conversation with God we have in our hearts? Why is Eastern Christian spirituality so physical?

On the First Sunday of the Fast we proclaimed the Orthodoxy of incorporating material creation (sacred images) in our worship because the living Word of God assumed matter in becoming fully man. On this second Sunday of the Fast we affirm our use of the material in worship for a similar reason. We worship using matter because to be fully human is to be physical. The physical, we believe, will not be left behind in eternal life. The resurrection of the body is the transfiguration, not the elimination, of our physical side. Fully human worship, then, must involve the material as we as the non-material.

Two commemorations observed on this Sunday help us reflect on the physical dimension of the life in Christ. The first is the remembrance of St. Gregory Palamas (1296-1359), who championed the Greek Fathers’ teaching on the way we have communion with God. Brought up in the Byzantine court, Gregory entered the Vatopedi monastery on Mount Athos when he was 20 years old. A threatened Turkish invasion of the holy mountain in 1325 brought several monks including Gregory to Thessalonika where Gregory was ordained to the priesthood and, in 1347, chosen as Metropolitan of Thessalonika. The icon of his enthronement shows him surrounded by Greek Fathers of the previous millennium whose teachings he affirmed.

Gregory and the Light of God

Gregory became involved in a controversy with another Greek monk, Barlaam of Calabria, over how we can know God. The West was just getting reacquainted with the philosophy of Plato, Aristotle and others of the classical era. Many adopted their view that dialectics and metaphysics were the highest form of knowledge. Some, like Barlaam, taught that the highest possible knowledge of God that anyone could have was through the intellect.

Gregory countered with the teaching of the Fathers that the highest knowledge of God comes, not through reasoning and the application of classical philosophy but through an experience of God gained through application to a life of prayer. The theologian is the person who knows God through experience, not through intellectual study. Doctrinal statements are fully meaningful only for those who have encountered the living Christ. You can study the makeup of a city all you like, he observed, but you will not know what a city is until you visit one.

Gregory further taught that a life of prayer can bring us to experience the uncreated light of God, as Peter, James and John did on Mount Tabor. God’s divine actions or energies, which are to God as the light is to the sun, can touch us physically as well as spiritually. This transformation of the whole person, or theosis, comes about by true participation in the very life of God. The whole of human existence becomes permeated by the Divine Presence.

Barlaam countered that the grace of God we may receive is something created, distinct from Him. In this Gregory was following the Greek Fathers while Barlaam was more in the tradition of Augustine. The issue thus became part of the East/West controversy of the Middle Ages.

In the West theology became increasingly influenced by Aristotelian philosophy and tied to academic study. Piety came to be divorced from theology and even from liturgy, and focused on devotional practices such as the rosary and the Stations of the Cross. In the East theology remained connected to liturgy, prayer and ascetic endeavor: the fruit of a personal experience of God involving the whole person.

Gregory’s teaching was upheld by several local councils in Constantinople which were eventually accepted by the other Byzantine Churches. While Gregory himself is remembered on the day of his death, November 14, today’s commemoration focuses on the place his holistic teaching has in our understanding of the Christian life. We can directly experience the action of God in us through the Spirit who dwells in us. We can bring our whole being into contact with God through physical prayer (fasts, vigils, prostrations, etc.) as well as interior meditation. And we may, as some have done, experience the uncreated light of God in this life as well as the next.

A second observance today points to the presence of the divine energies of God experienced in the very remains of the saints. In the Melkite Church holy relics are solemnly venerated today as “the pledge of the glorious resurrection of sanctified bodies” (exapostilarion at orthros). Thus we venerate the relics of saints in anticipation of their future incorruptibility and their complete transformation after the resurrection.

The Second Council of Nicea which affirmed the veneration of icons also spoke about the remains of the saints: “Our Lord Jesus Christ granted to us the relics of Saints as a salvation-bearing source which pours forth varied benefits on the infirm.”

What are the “varied benefits” which come from the relics of the saints? In some cases miracles, particularly healings, have taken place at the tombs or reliquaries of the saints. As St Ephrem the Syrian observed in the fourth century, “Even after death they act as if alive, healing the sick, expelling demons, and by the power of the Lord rejecting every evil influence of the demons. This is because the miraculous grace of the Holy Spirit is always present in the holy relics.”

In some cases the bodies of the saints have been preserved incorrupt (without decay). In other cases relics have emitted a pleasing fragrance or exuded ointment. Believers see these occasions as evidence that deification is something that involves the body. The physical can be touched by the energies of God and participate in holiness. In the words of the kondakion, “It is a great marvel indeed that healing should come forth from mere bones. Glory to the Creator, to God alone!”

Fragmentary relics are place in the holy table when a church is consecrated. They are also found in every antimension used for the Divine Liturgy. Some icons have similar fragments in a small case embedded in them. Largely intact relics (skulls, limbs or even entire bodies) are generally preserved at the place where the saint lived. Thus the reputedly incorrupt relics of St. Gregory Palamas are kept in Thessalonika where he was bishop. Every year on this day they are brought forth in procession and placed before the bishop’s throne in the cathedral for veneration.

A Feast of the Holy Relics was formerly celebrated in the Roman Catholic Church on November 5 (or the Sunday after All Saints). It is still observed in the older rite but not in the ordinary (modern) form.