Food for the Gods 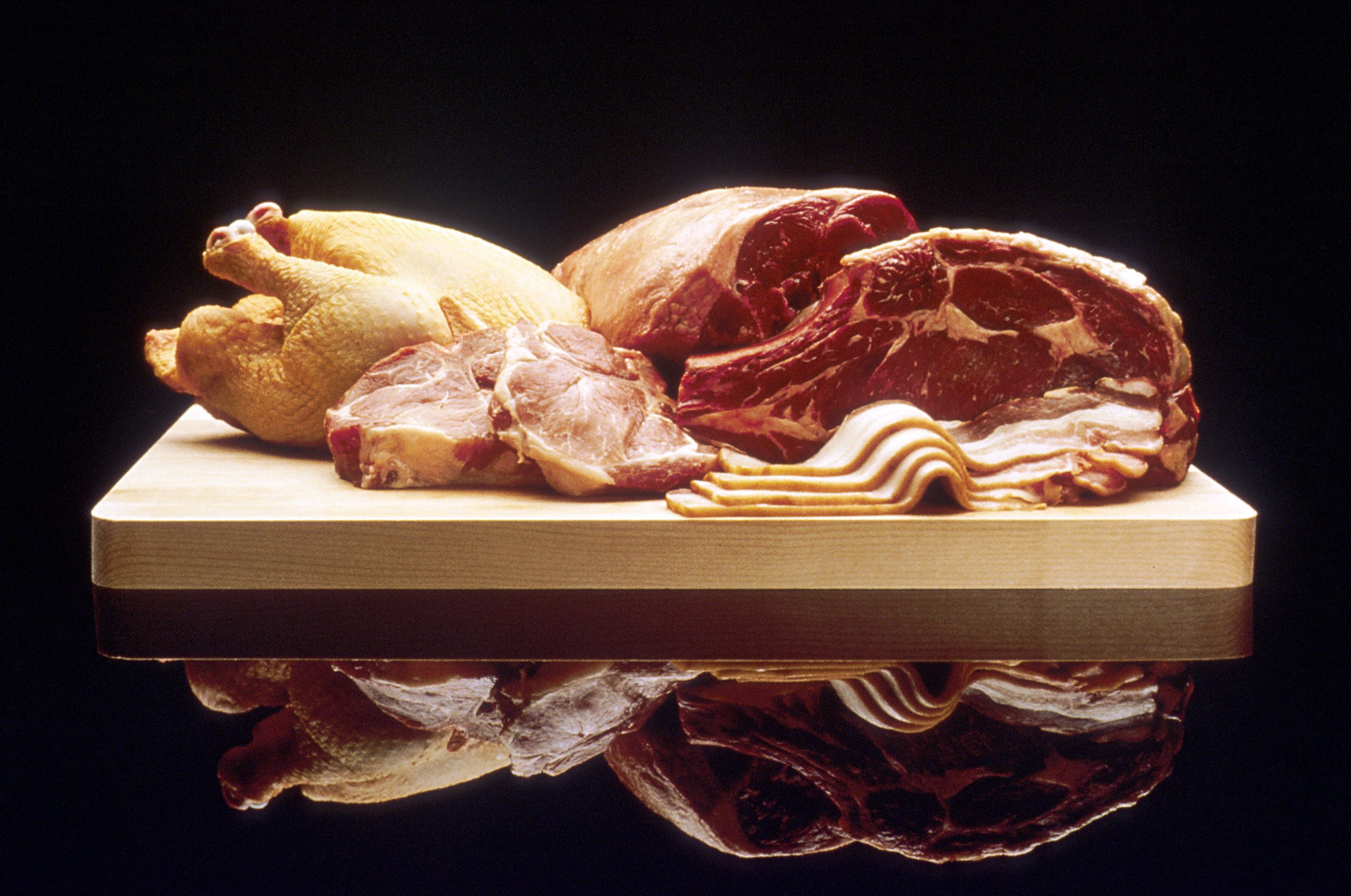 SAY GOOD-BYE TO MEAT. In the fasting practice common to all Byzantine Churches Meatfare Sunday is the last day on which meat would be eaten until Pascha. This is the first step towards the fuller discipline of the Great Fast when dairy products would not be eaten as well. This is why next Sunday is called Cheesefare Sunday (good-bye to dairy products).

Why is meat targeted in the Fast? Certainly in most places meat is a special festive dish. We think of the fatted calf which the father ordered slain to welcome his prodigal son back home. In some disciplines other festive items like wine and oil are avoided as well. As Christ said when pressed by the Pharisees about His disciples’ behavior, “Can the friends of the bridegroom mourn as long as the bridegroom is with them? But the days will come when the bridegroom will be taken away from them, and then they will fast” (Matthew 9:15).

In many cultures to this very day meat is a luxury. Numerous people regularly get their protein from beans or pulses, not meat. It’s too expensive. One of the reasons why American fast food has become so popular throughout the world is that it makes meat affordable to more people than ever before.

There is another reason why we avoid meat on fast days. During the Lenten season we seek to focus on restoring the likeness to God within us, to stress the quality bestowed on us at the beginning and lost at the fall. During the Fast we seek to return to the Garden of Eden, as it were, to return to Paradise, and no one ate meat in the Garden.

According to the Book of Genesis, “God said, ‘See, I have given you every herb that yields seed which is on the face of all the earth, and every tree whose fruit yields seed; to you it shall be for food. Also, to every beast of the earth, to every bird of the air, and to everything that creeps on the earth, in which there is life, I have given every green herb for food’; and it was so” (Genesis 1:29-30). We were all vegetarians in Eden. By avoiding meat we are symbolizing our desire to return to Eden, to recover our nature as God meant it to be.

The Book of Genesis paints a picture of human history in a downward spiral to the time of Noah and the flood. According to Genesis, after that catastrophe, God began restoring humanity on the earth. Part of that restoration included the addition of meat to our diet. God said to Noah, “Every moving thing that lives shall be food for you. I have given you all things, even as [I gave] the green herbs” (Genesis 9:15). Our fasting from meat, then, is not to avoid something bad but to express our desire for something better.

As the Jewish people developed, the meat of certain animals, fish and other sea creatures came to be considered as “unclean,” unfit for God’s Chosen People. This served in part to stress their particular relationship to God and distinguish them from others. In the New Testament we see that this distinction is abolished; there would be no separation between Jews and Gentiles and no unclean foods. This is expressed in the Acts of the Apostles which records St. Peter’s vision of a sheet lowered from the heavens containing all kinds of animals. Peter was told to eat but he refuses on the ground that these animals were unclean. Then a voice from heaven told him, “What God has cleansed you must not call common” (Genesis 10:15). Gentiles and all foods were acceptable to the Creator and were to be received by the followers of Christ.

One of the issues facing the early Church was the question of food offered to idols, as described in the Epistles of St Paul. As the Church moved into Europe it encountered groups that observed religious meals in which food offered to deities, or even the spirits of the dead, was consumed.

Some believers were scandalized to see other Christians sharing in these meals. Paul begins his response to this question by saying, “Now concerning things offered to idols: We know that we all have knowledge” (1 Corinthians 8:1). By this he meant that we know that this means nothing because idols are nothing: “We know that an idol is nothing in the world, and that there is no other God but one” (v.4). In essence, then, eating this food didn’t matter because all the idols in the world couldn’t make food anything other than God’s creation.

There was another side to the question which Paul finds even more important. Some new believers didn’t understand this principle and so were shocked to see other – presumably more mature – Christians eating or thought that the idol must be real after all. So Paul recasts the question: it’s not about eating food but about the effect on new believers. “Knowledge puffs up,” he writes, “but love edifies. And if anyone thinks that he knows anything, he knows nothing yet as he ought to know. … for some, with consciousness of the idol, until now eat it as a thing offered to an idol; and their conscience, being weak, is defiled” (v. 1-2,7). So don’t eat, not because of the idols, but because harming the faith of the weak is more unchristian than eating this food.
We hear this teaching today to remind us that our fasting is not about right and wrong food so much as it is about supporting the faith of our fellow believers. The Church’s fasting days and seasons are shared experiences, actions that we are meant to do together. There are times when a person may fast privately and this fasting should be done in secret. Fasting seasons, however, are common activities and if I denigrate them or excuse myself from them I am weakening the resolve of others. In addition I am missing out on an experience that will heighten the joy of Pascha, when the Bridegroom is with us again.

Food Offered to Idols Today?Recently a group of Pentecostals in Australia mounted a campaign against Cadbury chocolates, claiming that the company was offering the candy to idols. Their “proof” was that packages were imprinted with the Halal insignia, evidence that the candy was offered to the “Muslim idol,” Allah! The insignia actually signified that there were no pork products in the candy (some cream fillings have gelatin stabilizers). As St Paul said, “… if anyone thinks that he knows anything, he knows nothing yet as he ought to know.”

We well may encounter groups in our multicultural societies today who offer food to idols. Hindus and hare Krishna devotees, for example, have the custom of prasadam (food “transformed into the grace of God,” as one writer expresses it). These would be vegetable offerings that are “acquired without pain and suffering on the part of any creature,” offered before an altar in a meditation rite, then mingled with other foods once the god or goddess has had a chance to partake.

Could you accept such food in the spirit of love with which it was offered without acknowledging the god or goddess to whom it was offered? What do you think St Paul would say?