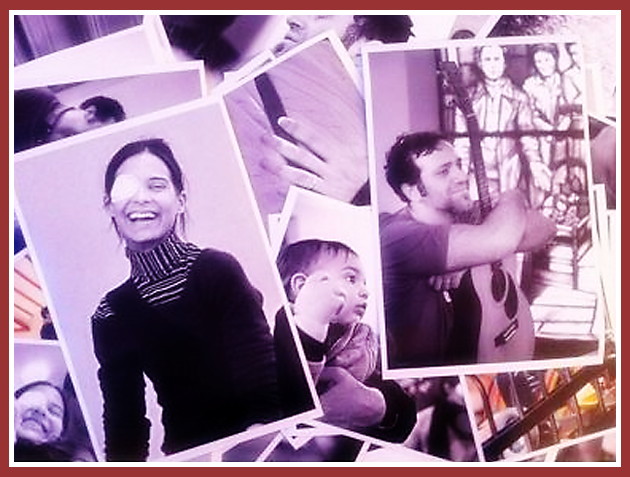 Hundreds of Italians gathered at the Church of St. Francisca Romana in Rome on June 16 for the funeral Mass of Chiara Corbella, a young Catholic woman who died after postponing her cancer treatments in order to protect her unborn child.

At 28 years of age, Chiara was happily married to Enrico Petrillo. They had already suffered the loss of two children in recent years who died from birth defects. The couple became popular speakers at pro-life events, in which they shared their testimony about the few minutes they were able to spend with their children, David and Maria, before they died.

In 2010, Chiara became pregnant for the third time, and according to doctors the child was developing normally. However, Chiara was diagnosed with an aggressive form of cancer and was advised to begin receiving treatment that would have posed a risk to her pregnancy.

Chiara decided to protect the baby – named Francisco –  and opted to forgo treatment until after his birth, which took place on May 30, 2011.

Her cancer quickly progressed and eventually she lost sight in one eye. After a year-long battle Chiara died on June 13, surrounded by her loved ones and convinced that she would be reunited with her two children in heaven.

“I am going to heaven to take care of Maria and David, you stay here with Dad. I will pray for you,” Chiara said in a letter for Francisco that she wrote one week before her death.

The funeral Mass was celebrated by the Vicar General of Rome, Cardinal Agostino Vallini, who recalled Chiara as “the second Gianna Beretta,” the 20th century saint who sacrificed her life in similar circumstances to save her unborn baby.

Chiara’s spiritual director, Father Vito, delivered the homily and remembered Chiara as a young woman who chose to risk her own life in order to be an example to other pregnant women, “a testimony that could save so many people,” he said.

Chiara’s husband, Enrico, said he experienced “a story of love on the cross.” Speaking to Vatican Radio, he said that they learned from their three children that there is no difference in a life that lasts 30 minutes or 100 years.

“It was wonderful to discover this love that grew more and more in the face of so many problems,” he said.

“We grew more and more in love with each other and Jesus. We were never disappointed by this love, and for this reason, we never lost time, even though those around us said, ‘Wait, don’t be in a hurry to have another child,’” Enrico said.

The world today encourages people to make wrong choices about the unborn, the sick and the elderly, he noted, “but the Lord responds with stories like ours.”

“We are the ones who like to philosophize about life, about who created it, and therefore, in the end, we confuse ourselves in wanting to become the owners of life and to escape from the cross the Lord gives us,” he continued.

“The truth is that this cross – if you embrace it with Christ – ceases to be as ugly as it looks. If you trust in him, you discover that this fire, this cross, does not burn, and that peace can be found in suffering and joy in death,” Enrico explained.

“I spent a lot of time this year reflecting on this phrase from the Gospel that says the Lord gives a cross that is sweet and a burden that is light. When I would look at Chiara when she was about to die, I obviously became very upset. But I mustered the courage and a few hours before – it was about eight in the morning, Chiara died at noon – I asked her.

I said: ‘But Chiara, my love, is this cross really sweet, like the Lord says? She looked at me and she smiled, and in a soft voice she said, ‘Yes, Enrico, it is very sweet.’ In this sense, the entire family didn’t see Chiara die peacefully, but happily, which is totally different,” Ernico said.

When his son grows up, he added, he will tell him “how beautiful it is to let oneself be loved by God, because if you feel loved you can do anything,” and this is “the most important thing in life: to let yourself be loved in order to love and die happy.”

“I will tell him that this is what his mother, Chiara, did. She allowed herself to be loved, and in a certain sense, I think she loved everyone in this way. I feel her more alive than ever. To be able to see her die happy was to me a challenge to death.”