The Twelve Steps To Humility 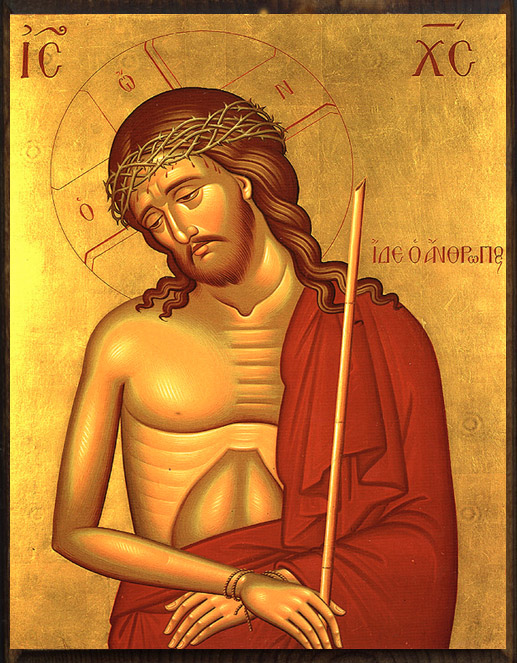 In saying this, therefore, it shows us that every exaltation is a kind of pride, which the Prophet indicates he has shunned, saying,

Accordingly, brothers, if we want to reach the highest summit of humility, if we desire to attain speedily that exaltation in heaven to which we climb by the humility of this present life, then by our ascending actions we must set up that ladder on which Jacob in a dream saw “angels descending and ascending” (Gen 28:12). Without doubt, this descent and ascent can signify only that we descend by exaltation and ascend by humility. Now the ladder erected is our life on earth, and if we humble our hearts the Lord will raise it to heaven. We may call our body and soul the sides of this ladder, into which our divine vocation has fitted the various steps of humility and discipline as we ascend.

The first step of humility, then, is that a man keeps the “fear of God always before his eyes” (Ps 35 [36]:2) and never forgets it. He must constantly remember everything God has commanded, keeping in mind that all who despise God will burn in hell for their sins, and all who fear God have everlasting life awaiting them. While he guards himself at every moment from sins and vices of thought or tongue, of hand or foot, of self-will or bodily desire, let him recall that he is always seen by God in heaven, that his actions everywhere are in God’s sight and are reported by angels at every hour.

That he may take care to avoid sinful thoughts, the virtuous brother must always say to himself: “I shall be blameless in his sight if I guard myself from my own wickedness” (Ps 17 [18]:24). Truly, we are forbidden to do our own will, for Scripture tells us: “Turn away from your desires” (Sir 18:30). And in the Prayer too we ask God that his “will be done” in us (Matt 6:10). We are rightly taught not to do our own will, since we dread what Scripture says: “There are ways which men call right that in the end plunge into the depths of hell” (Prov 16:25). Moreover, we fear what is said of those who ignore this:

“They are corrupt and have become depraved in their desires” (Ps 13 [14]:1). As for the desires of the body, we must believe that God is always with us, for “All my desires are known to you” (Ps 37 [38]:10), as the Prophet tells the Lord. We must ten be on guard against any base desire, because death is stationed near the gateway of pleasure. For this reason Scripture warns us, “Pursue not your lust” (Sir 18:30). Accordingly, if “the eyes of the Lord are watching the good and the wicked” (Prov 15:3), if at all times “the Lord looks down from heaven on the sons of men to see whether any understand and seek God” (Ps 13 [14]:2); and if every day angels assigned to us report our deeds to the Lord day and night, then, brothers, we must be vigilant every hour or, as the Prophet says in the psalm, “God may observe us falling at some time into evil and so made worthless” (Ps 13 [14]:2). After sparing us for a while because he is a loving father who waits for us to improve, he may tell us later, “This you did, and I said nothing” (Ps 49 [50]:21).

The second step of humility is that a man loves not his own will nor takes pleasure in the satisfaction of his desires; rather he shall imitate by his actions that saying of the Lord:

“I have come not to do my own will, but the will of him who sent me” (John 6:38). Similarly we read, “Consent merits punishment; constraint wins a crown.”

The third step of humility is that a man submits to his superior in all obedience for the love of God, imitating the Lord of whom the Apostle says:

The fourth step of humility is that in this obedience under difficult, unfavorable, or even unjust conditions, his heart quietly embraces suffering and endures it without weakening or seeking escape. For Scripture has it:

Another passage shows how the faithful must endure everything, even contradiction, for the Lord’s sake, saying in the person of those who suffer, “For your sake we are put to death continually; we are regarded as sheep marked for slaughter” (Rom 8:36; Ps 43 [44]:22).

They are so confident in their expectation of reward from God that they continue joyfully and say, “But in all this we overcome because of him who so greatly loved us” (Rom 8:37).

Then, to show that we ought to be under a superior, it adds:

In truth, those who are patient amid hardships and unjust treatment are fulfilling the Lord’s command:
“When struck on one cheek, they turn the other; when deprived of their coat, they off their cloak also; when pressed into service for one mile, they go two” (Matt 5:39-41).

With the Apostle Paul, they bear with false brothers, endure persecution and bless those who curse them (2 Cor 11:26; 1 Cor 4:12).

The fifth step of humility is that a man does not conceal from his abbot any sinful thoughts entering his heart, or any wrongs committed in secret, but confesses them humbly. Concerning this, Scripture exhorts us:

So too the Prophet:
“To you I have acknowledge my offense; my faults I have not concealed. I have said: Against myself I will report my faults to the Lord, and you have forgiven the wickedness of my heart” (Ps 31 [32]:5).

The sixth step of humility is that a monk is content with the lowest and most menial treatment, and regards himself as a poor and worthless workman in whatever task he is given, saying to himself with the Prophet:

The seventh step of humility is that a man not only admits with his tongue but is also convinced in his heart that he is inferior to all and of less value, humbling himself and saying with the Prophet:

The eighth step of humility is that a monk does only what is endorsed by the common rule of the monastery and the example set by his superiors.

The ninth step of humility is that a monk controls his tongue and remains silent, not speaking unless asked a question, for Scripture warns,

The tenth step of humility is that he is not given to ready laughter, for it is written:

The eleventh step of humility is that a monk speaks gently and without laughter, seriously and with becoming modesty, briefly and reasonably, but without raising his voice, as it is written:

“A wise man is known by his few words.”

The twelfth step of humility is that a monk always manifests humility in his bearing no less than in his heart, so that it is evident at the Work of God, in the oratory, the monastery or the garden, on a journey or in the field, or anywhere else. Whether he sits, walks or stands, his head must be bowed and his eyes cast down. Judging himself always guilty on account of his sins, he should consider that he is already at the fearful judgment, and constantly say in his heart what the publican in the Gospel said with downcast eyes: “Lord, I am a sinner, not worthy to look up to heaven” (Luke 18:13).

And with the Prophet:

Through this love, all that he once performed with dread, he will now begin to observe without effort, as though naturally, from habit, no longer out of fear of hell, but out of love for Christ, good habit and delight in virtue. All this the Lord will by the Holy Spirit graciously manifest in his workman now cleansed of vices and sins.