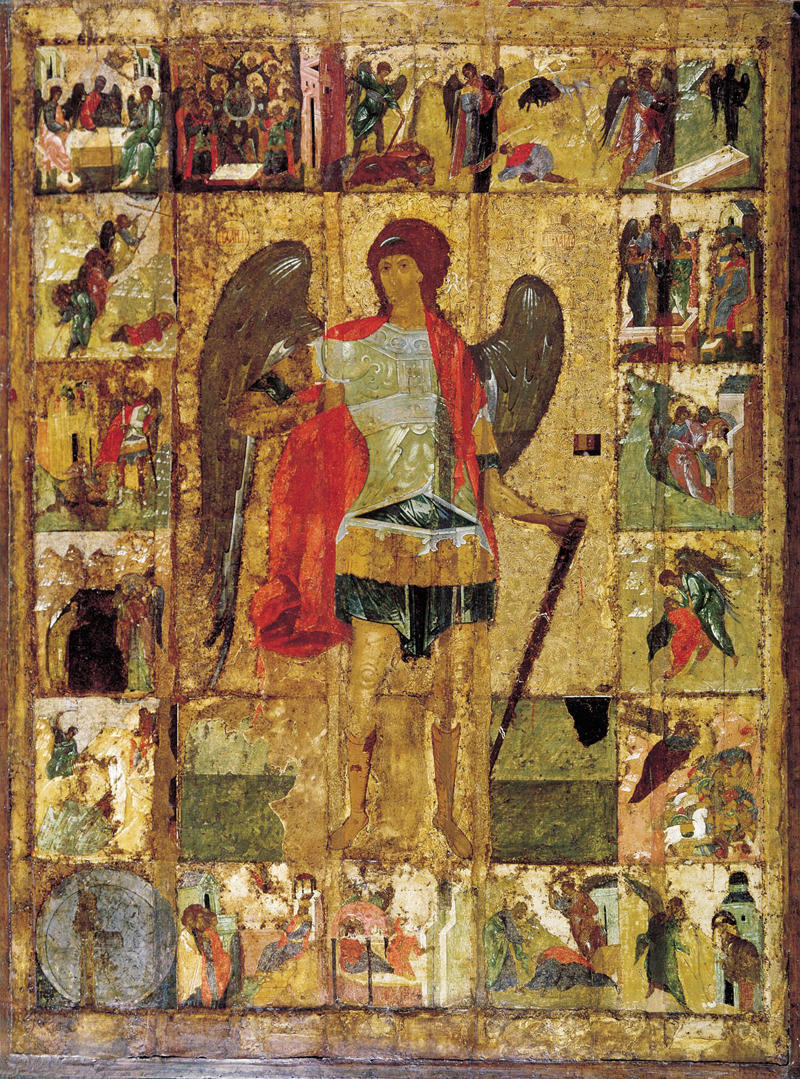 In many Ukrainian Catholic Churches there is an icon of an angel holding a sword. That is Archangel Michael, the chief commander of God’s army of loyal angels, who won the battle against the rebellious angels led by Satan.

The feast day of Archangel Michael and the rest of the “bodiless powers of Heaven,” falls on Nov. 8/21.  God created the visible earthly world and also the unseen one, which is the realm of Archangel Michael (often referred to as “St. Michael”), his fellow archangels and the other ranks of angels, such as the seraphim and the cherubim. In the Old and New Testaments, Archangel Michael’s main roles include: fighting Satan; bringing souls to judgement; rescuing good souls from evil, especially at the hour of death; and protecting God’s people.

Early Christians regarded him as a healer, believing he generated a medicinal spring near Colossae in modern-day Turkey, and he is said to have miraculously saved a monastery from ruin. In the Middle Ages, he was venerated as the patron of knights and chivalric orders and in many Western countries his feast, Michaelmas Day, was strictly observed.

Archangel Michael is also the patron saint of police officers, soldiers, Germany, Brussels and Kyiv. In Kyiv, St. Michael’s Golden-Domed Monastery, built in the 1100s, sits on the banks of the Dnipro River, reminding Ukrainians of the historic connection between the archangel and their nation.