Venerable Macrina the Sister of St Basil the Great 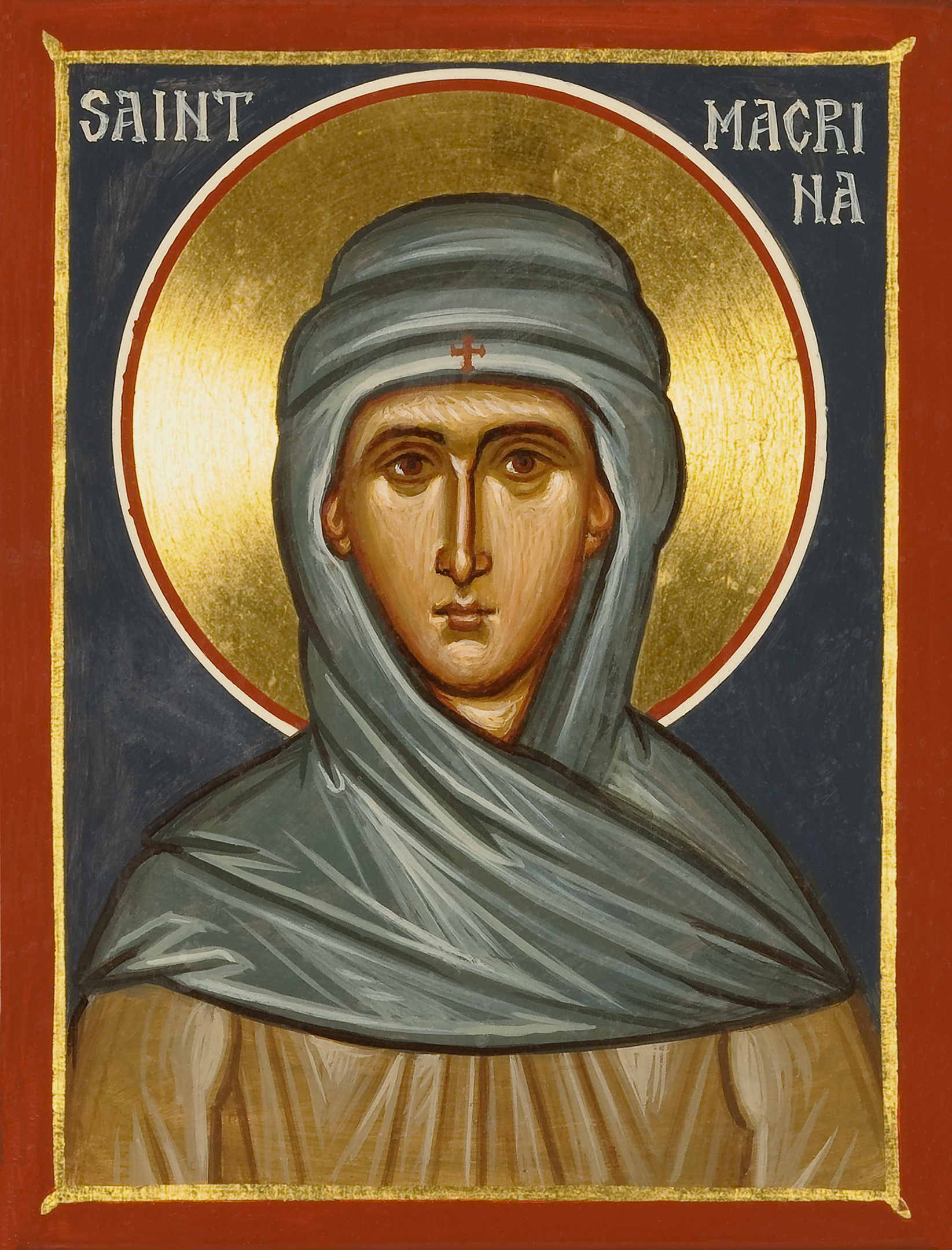 Saint Macrina was the sister of the holy hierarchs Basil the Great and Gregory of Nyssa, and was born in Cappadocia at the beginning of the fourth century. Her mother, Emilia, saw an angel in a dream, naming her unborn child Thekla, in honor of the holy Protomartyr Thekla. St Emilia (January 1) fulfilled the will of God and named her daughter Thekla. Another daughter was named Macrina, in honor of a grandmother, who suffered during the time of persecution under the emperor Maximian Galerius.

Besides Macrina, family there were nine other children. St Emila herself guided the upbringing and education of her elder daughter. She taught her reading and writing in the Scriptural books and Psalms of David, selecting examples from the sacred books which spoke of a pious and God-pleasing life. St Emilia taught her daughter to pray and to attend church services. Macrina was also taught the proper knowledge of domestic governance and various handicrafts. She was never left idle and did not participate in childish games or amusements.

When Macrina grew up, her parents betrothed her to a certain pious youth, but the bridegroom soon died. Many young men sought marriage with her, but Macrina refused them all, having chosen the life of a virgin and not wanting to be unfaithful to the memory of her dead fiancé. St Macrina lived in the home of her parents, helping them fulfill the household tasks as an overseer together with the servants, and she helped with the upbringing of her younger brothers and sisters. After the death of her father she became the chief support for the family.

When all the children grew up and left the parental home, St Macrina convinced her mother, St Emilia, to leave the world, to set their slaves free, and to settle in a women’s monastery. Several of their servants followed their example. Having taken monastic vows, they lived together as one family, they prayed together, they worked together, they possessed everything in common, and in this manner of life nothing distinguished one from another.

After the death of her mother, St Macrina guided the sisters of the monastery. She enjoyed the deep respect of all who knew her. Strictness towards herself and temperance in everything were characteristic of the saint all her life. She slept on boards and had no possessions. St Macrina was granted the gift of wonderworking. There was an instance (told by the sisters of the monastery to St Gregory of Nyssa after the death of St Macrina), when she healed a girl of an eye-affliction. Through the prayers of the saint, there was no shortage of wheat at her monastery in times of famine.

St Macrina died in the year 380, after a final prayer of thanks to the Lord for having received His blessings over all the course of her life. She was buried in the same grave with her parents.