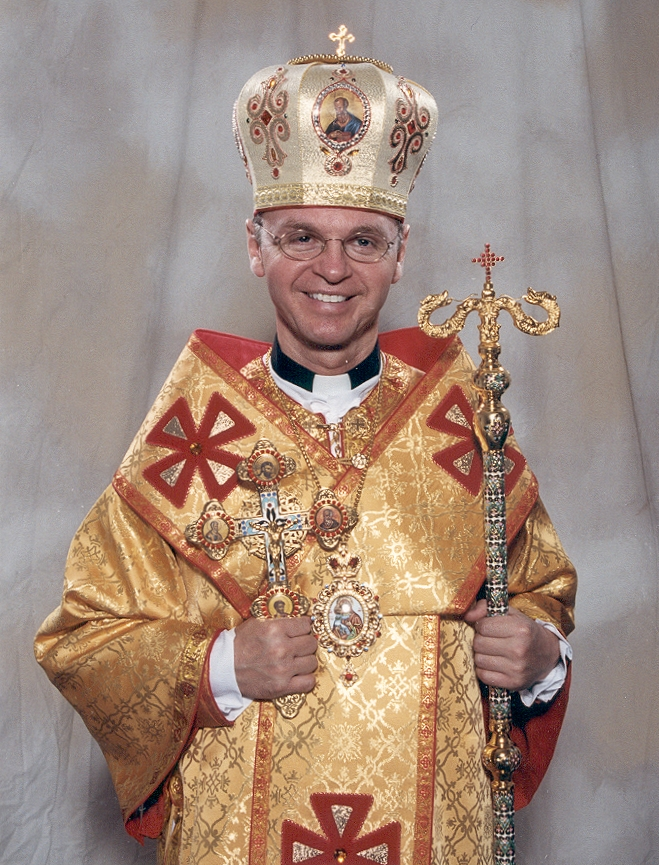 EDMONTON — The Ukrainian Catholic Eparchy of Edmonton is embarking on a long-term plan to renew the Church and pass on the faith to future generations.

The 25-year pastoral plan is based on three simple pillars — to know, love and serve God — and places heavy emphasis on lay formation and service.

Bishop David Motiuk said Ukrainian Catholics are excited about the future. The Eparchial Pastoral Council, which has been working on the plan for the past year, will spend the next few months establishing priorities for the next quarter century.

The council will use the pillars to set priorities for the next 25 years, he said. By Easter it is expected to produce the first draft of the plan, which will be circulated to parishes, clergy and religious for debate and input.

The plan will be formally adopted and launched at an eparchial assembly, similar to a synod, likely to be held in 2012 to mark the 100th anniversary of the installation of Bishop Nikita Budka, the first Ukrainian Catholic bishop in Canada.

Motiuk said the eparchy didn’t go for the more common five-year plan because it wants to plan for the long haul.

“Five years doesn’t give us enough space and freedom to dream,” the bishop said in a Dec. 20 interview. “We are planning for the next generation and the generation after that.”

Inspiration for the plan came from Pope John Paul II, who called for pastoral planning by the Church based on eight signposts: holiness, prayer, Sunday Eucharist, the Word of God, witness to love, diversity of vocations, Christian unity and the gift of young people.

“He encourages us to look at these signposts and translate them into pastoral initiatives adapted to our own circumstances.”

Motiuk noted that what we know about Christ and about the Church we learn mostly when preparing for First Communion. “For most of us that’s where we left our catechism, our catechesis. And so we don’t know Christ well.”

The Eparchial Pastoral Council is reflecting on how to help Ukrainian Catholics to know Christ better.

“When you fall in love with somebody and you figure you are going to get married, how do you know that this is the one? Well, you have to get to know them; and you do that by spending a lot of time together,” the bishop noted.

“We are using that same analogy with the Church. When you know Christ, you want to pray and you want to be in Church, you want to celebrate the Eucharist and the sacraments. So you fall in love with him.

“Knowing Christ leads to loving Christ, which leads to serving him or giving witness to him in the world. That’s how we are basing our three pillars: to know Christ, to love Christ and to serve Christ.”

Accordingly, the pastoral plan will focus on catechetics “but for us, it has to be Eastern because we are Eastern Christians,” the bishop said. “We want to make sure that our children and our youth are well versed with Eastern Christianity.”

The eparchy also plans to develop a Ukrainian or Eastern version of the Rite of Christian Initiation of Adults.

“We want to tap into what I’m calling Baba power or grandparent power,” added the bishop.

“Our seniors have a lot of time to spend with their grandchildren and so what we want to do is to develop material that Babas (grandmas) and Gidos (grandpas) can use to evangelize their grandchildren, obviously with the support and understanding of their parents.”

The pastoral plan will also include programs to teach the faithful to pray focusing on the liturgy, the Word of God, the Eucharist, the sacraments, celebration, spirituality, the Trinity and the kingdom of God, Motiuk said.

He suggested people develop an icon corner at home where the family could say simple prayers or read a passage from Scripture before retiring for the evening.

The third pillar is that of serving God and Motiuk said lay people must be formed to fulfill that role.

“The early Church defined priesthood in terms of Baptism and only into the third or fourth century do we have the priesthood being spoken of more in terms of sacred orders or the ordained priesthood. But the original priesthood was that of the laity and perhaps we’ve lost that,” the bishop said.

“So we want to form our laity so that they can be ministers of the Church.”

Sometimes people forget their role after attending Sunday liturgy, he said. “The Eucharist is not complete unless it is seen in the sign of service to our brothers and sisters in the world, especially those who are needy and marginalized.”

Currently there are 30,000 Ukrainian Catholics in Alberta and Motiuk expects the numbers to stay the same. One large challenge facing the Ukrainian Church is persuading people that it is not just for Ukrainians.

“You don’t have to show your genealogy, your ancestry four generations back to demonstrate you have Ukrainian blood in you,” Motiuk said. “Every Church is open to everyone.”